All the Best Minds have been mulling this one over when I asked about it on instagram and on TABI’s facebook group: Which is correct – Marseille or Marseilles when talking about the tarot deck of that name?

After reading everyone’s comments on both platforms (and if you were one of the commenters, thank you so much for getting involved – I really appreciate it!) I have drawn some conclusions and here’s my tuppence-worth:

Marseille is a city in the South of France and the French refer to it without that ‘s’ at the end, so, if you call the deck the Tarot de Marseille, you’re calling it by its French name and thus, you will be s-less in your Marseille chit chat.

However, if you are referring to it in English and you call it the Marseilles Tarot, then that’s the Anglicised version of the city’s name. And you will have that pesky additional -s.

Why does it have an additional s in English? In the pursuit of Truth (and nosiness!) I went on the hunt and have pulled up some information from Stack Exchange ….

It would seem that the English spelling of the French cities Lyons and Marseilles, with that pesky -s, ‘preserves an orthography that was current in France in the 19th century.

‘[This old] French system maintained a two-case system — nominative and oblique — where most Latin neuters merged with the masculine. The nominative masculine singular had a final s, like the forenames Georges, Charles, and Jules.’

So I hope that clears things up ….

*pauses for dramatic effect. and to let those words waft in one ear and out the other*

In the end, my take-away from this is that if you know that you are using the French when speaking about the deck (so using TdM or Tarot de Marseille in your conversation or writing) stay -s less.

If you are speaking about the deck as the Tarot of Marseilles, then sling in that -s on the end, because you’re referring to it in English.

Basically: you can use both 🙂 And there is information on the interwebs to back up your case, whichever case you are defending!

Now, HERE’S something that I didn’t know …. Marseille (without -s at the end) is also the name given to a particular kind of corded embroidery that was produces in Marseilles (that’s me, writing about the city in English) in the 18th century. Narrow channels were sewn into the garment and cord threaded through to give a raised effect. It is known as piquré de Marseille. So, that’s the FRENCH for it.

Aha, this will help sort thing out, thought I. It will be spelled with an additional -s at the end when spoken about in English.

So – add your thoughts to the discussion – Marseille or Marseilles? ‘What do you prefer – or *sings* shall we call the whole thing off?

If you like the cover image of the Marseille Sophistiqué, you can read more HERE. 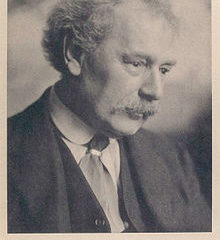 On this day, 163 years ago, in Brooklyn Arthur Edward Waite entered the world. For the first time? Who knows! His father died when he was very young, so his mother returned to her homeland, Read more…

I thought I’d share some more little snippets from my forthcoming Court Card book on the DNA of the Tarot Court – never overlook the importance of the image itself, it can contain a barrow-load Read more…