The Tarot Court | The Bridge card 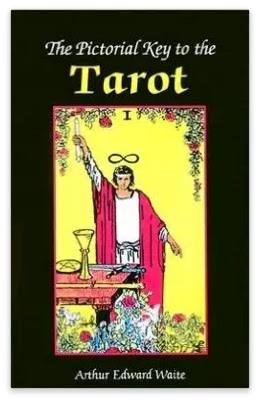 If I were to ask you to lay out the your favourite tarot deck in order, how would you do it?

Would you lay out the Major Arcana from The Fool to The World and then dive into the Minor Arcana via an Ace from one of the suits? And work up to the 10 and then head over to the Page and end at the King before beginning at the next suit’s Ace?

I reckon I’d begin with The Fool and work through them until I culminated with the King of Pentacles as the 78th card.

But that’s not how A E Waite saw it.

I’ve been revisiting Waite’s The Pictorial Key To The Tarot, one of the Tarot books that you can freely enjoy on www.sacred-texts.com or buy on Amazon for a couple of shekels.

Admittedly, Waite’s style of writing is convoluted and a bit disdainful of anyone who isn’t himself (like many of his ilk). Frankly, if he was any more up himself, would be able to see the back of his own teeth.  BUT, on the other hand, he did give us The Rider Waite Smith Tarot deck that we all know and love, so I figure that he is worth another look.

“In respect of their usual presentation, the bridge between the Greater and Lesser Arcana is supplied by the court cards ..”

He then goes on to say that there is no special idea connected on the surface with the ordinary court cards, that they are merely ‘a bridge of conventions’ that lead to the ‘simple pretexts’ of the Minor Arcana.

He concludes, no doubt from a melancholic slump on his red velvet divan:  ‘We seem to have passed away utterly from the region of higher meanings illustrated by living pictures.’

Waite’s occult snobbery about the value of the Minor Arcana aside, what he’s saying is that the COURT CARDS are the link between the Majors and the Minors.

But which one, Mr Waite? Who’s the lucky guy/gal?

*clears throat and stands up to relay the important news*

The reclining court card that reaches upwards, Adam-like, from the earthly Minor Arcana to brush fingertips with the celestial glories of the Majors is……. *pauses to build tension*….  THE KING OF WANDS.

For me, the King of Wands is magnetically attractive, potentially dangerous and, just like the Fire he represents, can be all-devouring. However, in addition to the traits that we would normally bestow upon him, it is time to add one other.  For it would seem that The King of Wands is a spiritual lighthouse.

Yes, yes, this is all well and good, I hear you thinking, but SO WHAT?

Well, what it could mean is that when The King of Wands arises in your work, we readers can be aware that THIS court card – more than any other – has a link with the archetypal energies of the Majors.

Not only can we interpret the King of Wands as perhaps a person (the querent or someone known to the querant) or reflecting the energies around the situation being discussed, he may also act as a signal that some BIG Archetypal Type Changes are a-coming because HE is the Bifrost.

Yes, the King of Wands can be the flaming rainbow bridge that links the world of the archetypes with our own humble abode.

That makes me think of Thor.  And by default, Loki.  I know that you’re not really surprised to see this:

… and sorry, this post has nothing whatsoever to do with the Danish TV series and Saga Noren either.  NOTHING.

Or Simon and Garfunkle.

So, do you think that the King of Wands is a very special sort of a guy, being The Bridge?

Categories: Uncategorised
Tags: A E WaiteKing of WandsPictorial Key To The Tarot

The King of Wands will always be Brian Blessed for me – larger than life and twice as loud 😀 As for reaching for celestial glories, the man did climb Everest…in his seventies. Seems like a fit to me 😀

That works for me!

Ok, so the King of Wands showed up just last night in a reading I did and this perspective is giving me a whole new insight!!!

Excellent – I luff him as a character anyway, but this ramps his importance right up, don't you think? 😀