Not done one of these for a while and this is an actual live auction piece, so if you fancy it, get bidding!

This is up for auction in Edinburgh and is expected to make £300 – £500. Unfortunately, you can’t bid for it online, but if you happen to be in Edinburgh on 26 April at Lyon and Turnbull, you can bid!

The author, William Senior, was born in 1927.  I think that he was Scottish, but other than that, don’t have a heck of a lot of information about him.  He was a member of the New Scottish Group of artists who were left-wingers influenced by contemporary continental art. He set up the Clyde Group with Tom MacDonald and Bet Lowe.

I do like the painting though. That is probably The Hanged Man on the top of the pile, but because this is a blog about court cards, I’m going to plead ignorance and say that it’s a court card. 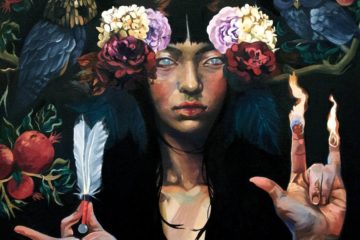 When my artist friend Alexander Daniloff showed me a wonderful image of The Magician by Ana Juan I was immediately curious to know more about the exhibition in which he found it. That exhibition is Read more… 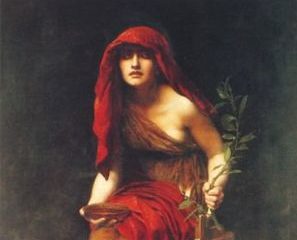 Letters To The Past

The Tarot art project, Letters To The Past has now been transformed into a wonderful website. Read letters from Mary K Greer, Rachel Pollack and so many others ... including me!