It’s been a long time in the pipeline, but Wild Magic is actually HERE!

First up, I hold my hands up, I’m biased towards this deck – I work with Mark and administer The Wildwood Tarot’s website. I am an admin on their facebook page and an admin on the Wildwood Tarot study page AND I work for Will Worthington, the deck’s artist.  I’ve tried to keep this review as factual as possible and will only fully focus on the section of the book that involves court cards – but just letting you know, ahead of what you read.

Now is a good time to say that there has been a li’l bit of a hiccup with Wild Magic because Amazon stated that there were two bindings – paperback and ‘flexibound’, and many have ordered the flexibound option. However, after a conversation with the publisher a couple of weeks ago, I realised that there was NO flexibound option.  It is a glitch caused by the US distributors getting their stock mobilised.

Sadly, this meant that there were many people who had pre-ordered the flexibound on Amazon who were going to end up disappointed.  So, when my copy of Wild Magic arrived, I decided to see what I could do to fix things.  I took it straight down to my local printers and asked them to lop off the spine and replace it with a plastic spiral. Admittedly, lopping off the bindings is not everyone’s cup of tea, but I promise that it does make an excellent alternative for those who had originally ordered a flexibound spine.

It works beautifully! You can explore the spreads without having to keep one hand on the book!

So, let’s take a look at the content of Wild Magic – it’s 156 pages long with an additional few pages at the end for recommended resources.  It also has a neat fold out contents page a the front which makes a great book mark!

The Wildwood Tarot leans very strongly to an environmentalist viewpoint and the book’s Introduction by Mark Ryan clearly underpins that for us before moving into the first of its two sections – Study.

The Study section contains the background material that went into creating The Wildwood Tarot.  We have a chapter on Patterns, A Quantum View Of The Tarot, The Lore Of The Wildwood, Wild Archetypes and the Shamanistic Path And The Universal Mind.  Each chapter helps explain the shape and content of the deck, covering ancient ways to the cutting edge of physics!  There may be parts of this section that people don’t fully absorb at the first reading, but I think that it will pay to return to them the more familiar you become with the deck.

All the chapters in this first section are written by Mark Ryan, with the exception of the final ‘Shamanistic Path and Universal Mind’ which was co-written with his deck collaborator, John Matthews.

The second section, Practice, does what it says on the tin – it offers ways to help you expand and deepen your work with the deck.  The chapters are Time In The Wild, Meditations, Pathworkings, Journeys And Clues, The Lore Of The Courts.

The Practice chapters are written by Mark and John, with the exception of the Courts Lore which is written by Caitlín Matthews.  This last section is of particular interest to me, because Tarot Thrones is all about the Court Arcana. So the information on the court cards in this book is the focus of my review today.

The Lore Of The Wildwood chapter, in the Study section, looks at the animal consciousness that infuses the Wildwood’s court cards.  Each of the 16 courts is studied individually with links to each creature’s place in world mythology.  Tales from the Irish tradition sit alongside Greek mythology and even Aztec myths and it makes for very enjoyable reading.

The courts then appear in Caitlín’s Lore of the Courts chapter, for practice.  She has already demonstrated her in depth knowledge of the Wildwood’s court cards when she wrote detailed blog posts about them in 2011.

Let’s look at just one of the exercises that Caitlín explores: Becoming and Changing.  The spread evolves from the first Major, Minor and Court card that you encounter as you pull from the deck.  After you read these cards, you move through the deck until you find the next Court – this represents the person you can become when you heed the wisdom of the reading of the initial three cards.  It sounds terribly simple – just three cards, no fancy spread – but when I’ve used this spread with clients this past week, the results have been surprisingly profound.

The Practice section has plentiful examples, meditations and spreads for readers to work with.  I think Wildwood fans will find Wild Magic very useful indeed, especially when working with the animal courts of this deck.
In a final note,  I really have to say that I was thrilled to see my own two ebooks, ‘A Year In The Wildwood‘ and ‘Tarot Kaizen‘ in the recommended resources along with books by Rachel Pollack, Mary Greer and Gail Fairfield!
Categories: BookCourts Review
Tags: A Year In The WildwoodCaitlin MatthewsJohn MatthewsMark RyanTarot KaizenWild MagicWildwood Tarot

I'm still desperately looking for a way to buy your Tarot Kaizen book!

As a hard copy? I hope to have both books – A Year In The Wildwood and Tarot Kaizen – available as hard-copies by May 2018, Etto. I'm humbled that people want to own them as proper, printed books <3

Ooooh, hardcopy would be excellent!!!
I do have an e-reader but no Kindle (and no credit card), so that made Amazon tricky – but I prefer these sorts of books in paper version anyway!
I love to underline, to leaf backwards and forwards, to put bookmarks in everywhere, etc. 🙂

Right, off to see if I can preorder anywhere yet!

This sounds like quite an interesting deck! I will hav to look into it further! 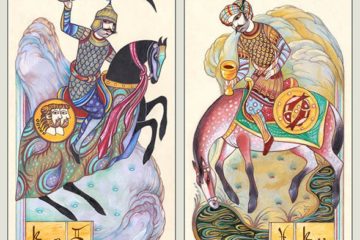 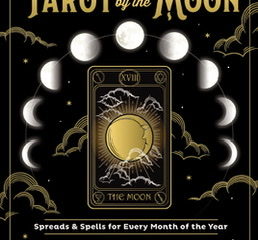