And so we arrive at The Kings.  After reading about the lives of the other ranks in the Tarot court, you might think that The Kings of the Tarot Court are free to do what they want, erm, any old time:

You might want to don a pair of sun glasses before you watch this video, because: acid house.

And Kings ARE without a doubt the rank that has the most freedom. Everyone else on that Courtly ladder is dependent upon the King for their lives.

In this respect, the King represents INDEPENDENCE.  He has no need of a Queen in order to rule.

Where the Tarot Queen must be circumspect, the King is direct – he WALKS THE TALK.

Kings have innate AUTHORITY and hold the lives of citizens in their hands – signing death warrants, clip-clopping the knights and poor old peasants off to war,  levying taxes that would make your knees buckle….oh yes, they have a lot more power than the others in the court.

Kings are LEADERS in the matters of their suit and their Court.   In readings Kings can represent Father figures, seniority figures or those whom the sitter holds in highest regard.

Here’s a little clip from the Lion in Winter.

In the Tarot court, we must not make the mistake of thinking that we should all aspire to become The King.  Although he was historically at the top of his tree, in real life, it’s not always the best position for you to be in.

For example, someone who has control issues could be represented as a King, but that person might be happier if they could be to be more open to new experiences and uncertainty – a Page.

What does a King mean to you?

Or what if the king is dead and the queen has to step up, while all she wanted to do was to nurture and be supportive..
For me kings are the skillful masters of their suit. They can make objective decisions without becoming emotionally involved

The King of Wands | The Tarot’s Bridge Card

Last week I shared A E Waite’s thoughts on the King of Wands being the card that bridges the Major Arcana to the Minor Arcana.  I could almost hear Waite’s derisive snort as he lowered Read more…

We’ve looked at all the other couples of the Court, now we turn our attention to the final Royal Mr and Mrs: The King and Queen of Pentacles, depicted here in the DruidCraft Tarot (Philip Read more… 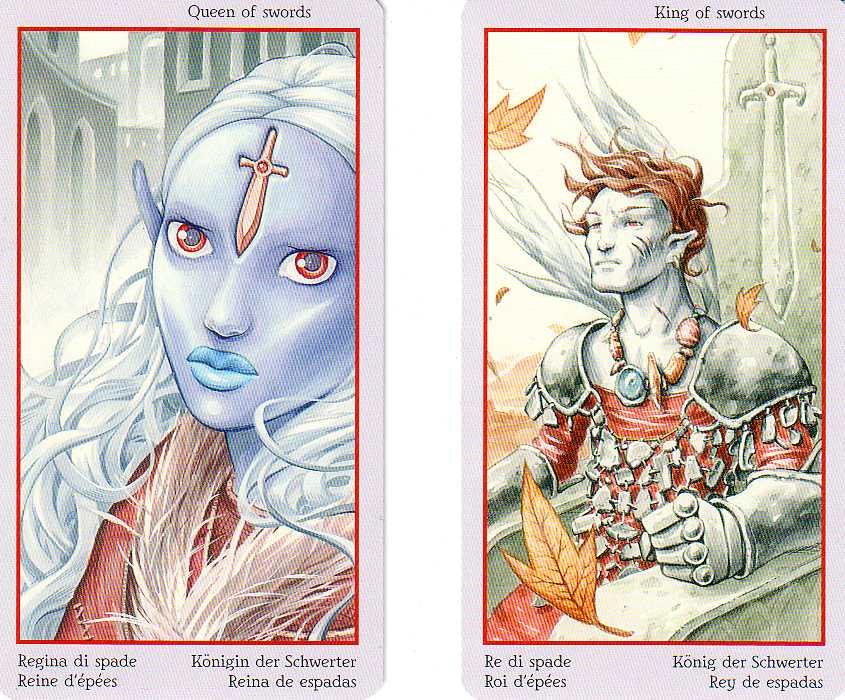 The Fey Tarot published by Lo Scarabeo is one of my favourites, even though it’s jam-packed with fairies, I confess.  I find that it’s a great deck to read with, especially if you’re a RWS Read more…