I always find it helpful to familiarise myself with the kingdom of a particular suit – looking at the countryside, the inhabitants of the cards, getting a handful of keywords together that best represent the suit….and then taking a look at the ruling family to see how these virtues and vices manifest in the various characters.

Today’s deck is the DruidCraft Tarot and when I look at the Wands in this deck, I see high summer.  I see hilly landscapes, some of them verdant and some of them quite parched looking. I see victory, conflict, fires, distance, expansiveness, burden, defence, passion.

There are various systems around, but for me, Wands is equated with

Let’s see if these things burst out in the Court Cards.  First of all – here are their Majesties (and they DO so like to be called that, being Wands) These two characters stare boldly out of their cards at us, engaging with us.  She sits with her knees apart and wearing the same kind of leggings as her husband. It’s unusual to see women sitting like this, even with trousers on – it’s quite a Look At My Balls sort of position – and that’s exactly the sort of person she is 🙂

The King’s staff is like a weapon or a walking stick and he sits as though he’s about to stand up and walk to wards you – movement, action, dynamism – all Wands type energies.  And he’s got a friendly countenance.  As a Wand he has the dominating element of Fire.  But as a KING he has an additional helping of Fire (elements for Court Card ranking in a later post!) and out of all the kings, he is the one who is literally In His Element.  That can make for combustibility!  Can you see Captain Kirk?!

The Queen has a wildcat under her chair – and seems like a good metaphor for her – she could either rip your face to shreds or purr like a kitten, depending on what kind of mood you find her in.  She also has a fairly large fire burning behind her and it’s not obviously something Queenly like a fire for cooking.  She does strike me as the sort of person who might just set fire to things to amuse herself.

The Queen of Wands clearly has a lot of fiery energy, but as a Queen, she has watery energy too. These two things don’t sit well together and she can find herself conflicted between what she feels (watery – compassionate, loving, kind) and what she does (fiery – burn first, ask questions later)

And that expression!  She is almost daring you to imagine what she might do with that small very sharp wand of her own!

They are a good-looking fit-looking duo whose poses mimic each other’s. The Prince of Wands causes them a lot of heartache – even though they can see their younger selves in their dashing offspring, he’s just the sort of boy who rushes off to battle without thinking much of what the consequences are – he waves his Wand like a jousting pole.  By god, he does love a scrap!

Almost as much as he loves the ladies….. this guy is passionate, but simply does not have the emotional resolve to maintain a relationship, yet.  He’s more about conquest than relationship!  His horse flies over the landscape, alert and keen.  THIS is Warhorse.

As a Knight, he’s got a lot of airy energy buffeting him around and it makes it difficult for him to keep still. He’s an adventurer, a quester and his mother loves him beyond all others, I think.

The Princess of Wands (no Pages or Knights in this deck) is out walking on the path.  She looks like a younger version of her mother and strides out using her Wand as a walking stick.  She’s not quite as extrovert as her brother, and has no throne, no horse, just her feet for her journey.

The Pages are associated with Earth and Earth and Fire can be very productive together, if handled properly (think tiles, ceramics etc).  Although she is the lowliest of the Wands court, you can easily see what she thinks of you.  Where are you regarding her eyeline? You are very low down on the path!  She might be the most junior member, but she’s still higher up the rankings than YOU!

What do you think of this Wands family?

***update 28/2/2012 – new research shows that men are more keen on approaching women who wear red because red gives them a subliminal message that their approach will be well received.  Said so on Steve Wright on the afternoon, today.  Must be true then 🙂 ***
Copyright information:  The Druidcraft Tarot – published by Connections, Artwork Will Worthington, words Philip and Stephanie Carr- Gomm
Categories: KingsQueensWands
Tags: tarot court cards

I luff The Wands…..and the Swords. I am less fond of the Pentacles – probably because I have never considered myself Pentacle-y 🙂

Perimenopause is shit, isn't it?

Great stuff. What do I think? As a Queen of Swords, the whole Wands family gets on my nerves. Somebody needs to turn the hose on them! 🙂 (Although my outburst this morning was more Queen of Wands than Swords–I blame the looming shadow of menopause.)

Great stuff on the elements of the different court positions. I'll remember that. Great stories for each one. Gives a lot more to work with when reading from them. You should write your own book, Alison!

There will be a post on the rank elements and how they may affect each Court Card next week, Joanne. Thank you for your kind words, I appreciate it 🙂

The reason the King of Wands is in the ready to move position is because his wife is burning mad–again.

Is it him that makes her that angry though? Or is it everyone else who she feels are toooooo slow?! 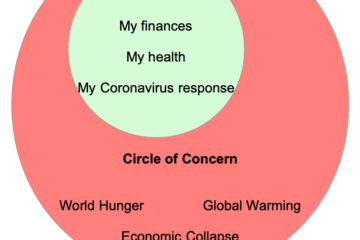 Lockdown has been extended for at least another three weeks in the UK. I’m exceptionally lucky – I have my partner and son at home with me at the moment and we have a lovely Read more… 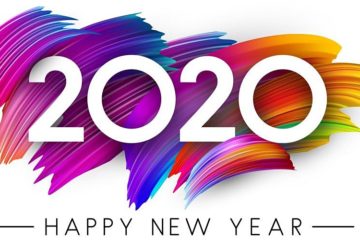 Making your 2020 Tarot Court Card work for YOU!

Wondering how to work with your Court Card for 2020? Take your first steps to making your 2020 Guardian your new best friend ...

Just a bit of Tarot Court Card fun to start us thinking about what we want for ourselves in 2020. I’ve done this for the past four years or so and it’s just a bit Read more…